The argument against co-ed schools

Experiments by academicians and child-specialists in Russia have shown that boys and girls who study in separate classrooms perform better in studies and extra-curricular activities and are even healthier than their co-ed counterparts.

The classrooms in Moscow’s School No. 760 are different from those in other elementary schools across the capital. Alongside the usual school desks are some special benches, where they can do their schoolwork standing up. Every fifteen minutes they switch places; those who were sitting now stand up and vice-versa.

Several times during the lesson they have a special workout and eye-training exercises, where they ‘catch’ the light-beams from different light-bulbs around the classrooms. It sounds like no big deal. But the results paint a different picture. 23% of Moscow schoolchildren suffer from short-sightedness, but only 12% have it at School No. 760.

This isn’t where the differences end. The children only use fountain pens, which have to be dipped in ink. Apparently, letting first-graders write with ballpoint pens can cause health problems. “Research shows that children who use ballpoint pens have delayed breathing and an irregular heartbeat. After 20 minutes of continuous writing, signs of angina develop,” says School Director Vladimir Garmash. “But when writing with a fountain pen, the child’s hand works in impulse mode; first tension, then relaxation, and no damage to their health arises.”

Another hazard for first-graders is the school desk, especially an unsloped desk, which forces the child into a constrained and tense posture for long periods. All of these simply implemented and affordable methods were developed more than 30 years ago through the research of Russian professor Vladimir Bazarny. He reached the conclusion that most health problems of adult life arise from school days, especially during the earliest years of schooling.

The most significant cause is stress, which infants suffer when deprived of the opportunity to move. If they have to sit for long periods in an artificial posture behind an uncomfortable desk, a kind of ‘nowhere to go’ nervous energy emerges, which results in burn-out and consequently in ill-health. This can appear as an enlargement of the thyroid gland, and problems of the spine and heart. Yet if the child can change posture and do some work standing up, such problems are unlikely to occur.

Another important precept of Bazarny’s methodology is segregated education for boys and girls in parallel classes, especially at primary schools. They’re able to play together during their breaks but during the lessons, they are divided into different classrooms.

In pre-Revolutionary Russia, all schools were divided into separate boys and girls sections. However the Bolsheviks abandoned this practice as a ‘relic of the past.’ After the Second World War there was an attempt to return to segregated classrooms, but it didn’t last long. Segregated education is nowadays considered a facet of elite education. It’s not coincidental that it is practiced in the most expensive private schools in Britain, Germany, Japan and the USA.

Now, thanks to Professor Bazarny’s research, a few schools in Russia have returned to this system. The results have been astounding, especially in cases where separate and mixed classes have existed in parallel. At the ‘Harmonia’ Lyceum in Zheleznogorsk (in Krasnoyarsk Region, Siberia), they’ve practiced Bazarny’s methodology for more than 20 years. While mixed classes may have produced one outstanding pupil per class in that period, the segregated classes have nearly 25–35 percent of such outstanding pupils. While only 46–52 percent of boys in mixed classes were found suitable for military service, 100 percent of boys in segregated classes met the criteria.

What are the secrets behind such widely differing results? Dr Natalya Kuindzhi, a doctor of medical science working at the Russian Institute of Hygiene and Children’s Health at the Russian Academy of Medicine, has been researching the physiological results of segregated education for many years. Her conclusions are clear: the whole issue is connected to the differing rate of mental development between boys and girls.

For pre-schoolers, the right brain develops faster than the left brain regardless of gender. However, by the time children join school, girls display significantly higher left-brain development, while boys continue to be dominated by right-brain activity. We should remember that the brain’s right hemisphere is responsible for activities involving creativity and imagination, while the left hemisphere governs logical thinking. Later on these differences balance out – but in the early stages of schooling they play an important role, in that boys and girls have differing perceptions of information.

Boys see things more figuratively and emotionally. They can more easily do creative work, they don’t see mistakes in words; they see information holistically, rather than in detail. For boys, the idea is more important than establishing rules. Girls on the other hand find remembering guidelines far easier. They can take down dictation easier, they see mistakes in words more clearly, and work well within a system. This puts girls at a greater advantage within a school situation. They meet teachers’ expectations fully in standard exercises and are primarily directed towards obedience and rote learning. Boys find it hard to compete.

It’s hardly surprising that going by Professor Kuindzhi’s data, within mixed classes we find that for every one girl who is failing in school there are 5–6 similarly failing boys whom teachers have written off as either lazy or stupid. We may never know what these children may have achieved if they studied in segregated classrooms.

“Boys dislike long introductory discussions and want to get drawing immediately. But with girls you need to spend time explaining what they are supposed to do,” says Marina Reznikova, a teacher of drawing at Moscow Grammar School No. 1257, where they have held segregated classes for many years.

The results of this kind of approach to education are very convincing. For the last twenty years, the children leaving Grammar School No. 1257 have all, without exception, gone on into Higher Education, with many going to the most prestigious universities. Medical research shows that by their late-teens, children from segregated schools display significantly higher standards of physical fitness and academic prowess and have a greater capacity to work.

Around 2000 schools in Russia today work on the principles established by Dr Vladimir Bazarny. Perhaps this number is too little? For example, many parents end up disappointed when trying to enrol their children in Grammar School No. 1257 as the prestigious school can only accept half the number of applicants each year. Many parents are ready to drive their children to the school every day from the opposite end of Moscow. Teachers say that modern-day parents are well-informed and know exactly what they want from schools.

The question here is not just about health, although it is an important issue. Segregated education offers an individual approach to each child, giving them better chances to realise their full potential. This is what’s known as an elite education.

Photo: The classrooms in Moscow’s School No. 760. Source: ITAR-TASS 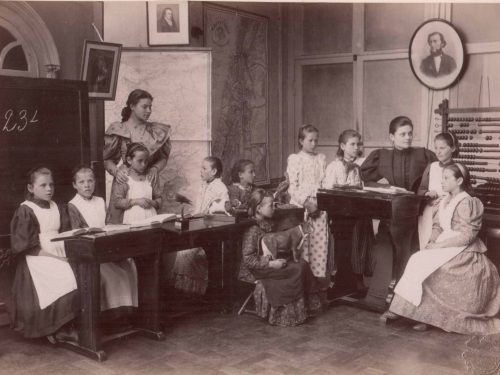 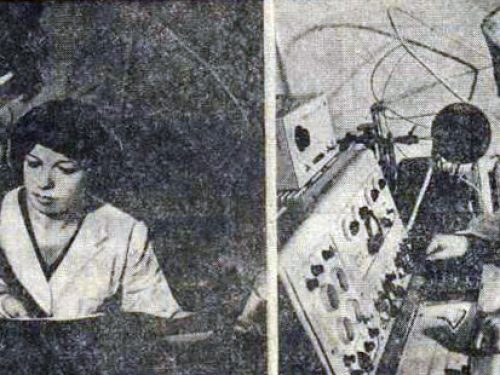 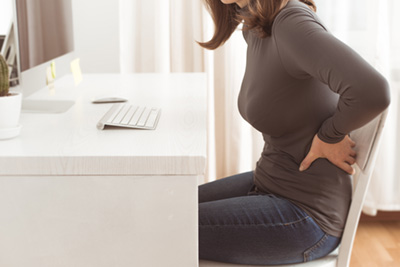 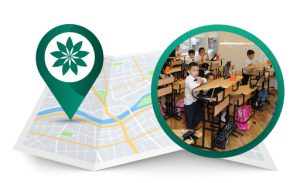 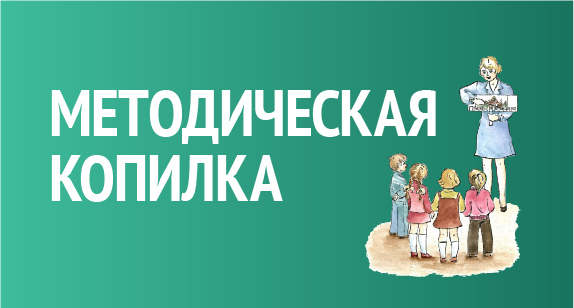 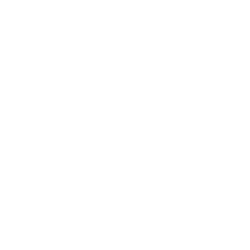